Gabriel's Anxiety - We Figured Out The Cause

This morning we had a breakthrough.

For those of you who read my last blog, you will remember our describing the sudden onset of Gabriel's acute anxiety and agoraphobia.

If not, feel free to click and read all about it here.

So what is causing this sudden battle in Gabriel's life?

Are you ready for it?

Almost two years ago, Gabriel had grommets put into his ears, as he was experiencing recurring ear infections.  Now, grommets usually last for a few months, at best, before working themselves out of the ears.

Not with Gabriel. A check-up with his ENT in January this year, showed they were still nicely embedded into his ear drums.

The problem with leaving grommets in the ears for too long means the eardrum battles to heal and close the hole created for the grommet.  This leads to a permanent perforated eardrum.

So we visited the ENT this morning, to possibly schedule a date to surgically remove Gabriel's grommets (since winter is over).

To our surprise, the Doctor told us the grommets were out, lying loosely inside his ears, and the eardrums had healed, perfectly.  He then went on to explain that when a person has grommets inserted into the eardrum, the person's hearing becomes muffled and dull.  Once removed and the eardrum heals, hearing is fully restored.

I am deducing this happened around about May sometime + the gardening incident happened in June = full hearing, possibly coupled by auditory processing issues and you have a recipe for extreme anxiety.

Here is a video, created by an autistic individual, to explain what happens when their senses become overloaded, just to give you an idea as to the audio issue.

Gabriel screams from the moment he leaves the house, throughout the entire car trip, until he reaches a set destination.  Then he calms down, once inside (unless it is very noisy inside).  We feel he is creating his own audio to drown out external audio, reducing an assault on his senses.

So, whereto from here?

Possibly auditory training - exposing Gabriel to certain sounds, in a safe environment, where he can control the volume until he (and his brain) becomes used to/desensitised to the offending sounds.   We are also researching supplementation to aid reducing sensory overload (which is a physiological process), as recommended by many autistic adults.

This takes a lot of time and a lot of patience.

But we're up for the challenge and look forward to the day when Gabriel is able to enjoy being outdoors again, without fear. 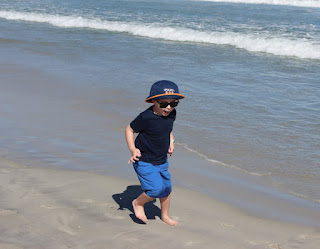 The Birth of a Beast

About two months ago, Gabriel headed off to school for another fun-filled day with G-Mary Poppins.  The garden service were there that day, as per usual.

However, this particular day, Gabriel became hysterical.  He was overcome by fear, shaking, saying our names as well as the word, "careful" over and over. G-Mary Poppins managed to calm him down and, soon after, brought him back home.

On this day, a beast was born - Anxiety. 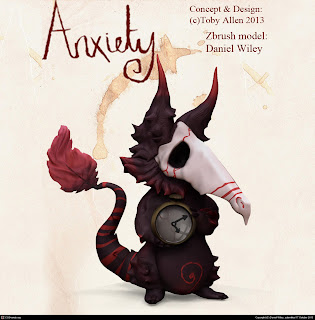 Since then, Gabriel has been plagued by anxiety.  He is on, constant, high alert to certain sounds - cars, trucks, motorbikes, lawnmowers.  If he hears a truck riding up our back street, he starts to panic. If a car parks in front of our house, he melts into a full blown anxiety attack.

He was even on medication for four weeks, after 3 different doctor consultations, because he was constantly clearing his throat (we thought it was a sinus/throat issue) - it appears to be a tic that he has developed, complements of the Beast.

After a 4 week break, we attempted to take Gabriel to school again, knowing the garden service would not be there that day.

It ignited a full-blown anxiety attack as soon as Gabriel realised where he was heading. Upon arriving at the school, G-Mary Poppins met us at the gate and took him back home, immediately.

He retreats to his bedroom now, coming out to join us only in the early evenings (when it is quieter and darker).

He refuses to even play in our garden anymore, or to jump on his beloved trampoline.

It is heartbreaking to see Gabriel engaged in this war with the Beast and horrible to feel so powerless in helping him!

Every day is now a momentous challenge for him.

We are encouraging him to venture out, taking him on short outings and getting him more active (he loves swimming at the gym).  We have also made the very difficult decision to return Gabriel to homeschooling.

We will help Gabriel to conquer this Beast, in a, hopefully, non-chemical way.

We know it will be a long road, but we will do it.